Here’s an article you’ll never see in a U.S. MSM newspaper. It’s from the online Pravda. They make no "we’re not conspiracy nuts" excuses. They flat out tell us they think 9/11 was staged, a modern hi-tech Reichstag’s Fire. They are so bold as to suggest another staged attack would be a great boost to the sagging popularity of the President and his party. It would also conveniently provide the excuse Emperor George II has been looking for to bomb the snot out of Iran:

There’s reason to think they are right. To suggest it is to attract the ridicule of every right-thinking American, even those with a healthy mistrust of government

For instance: Where are the airplanes?

This is a photo of the crash site of Flight 93 in Pennsylvania: 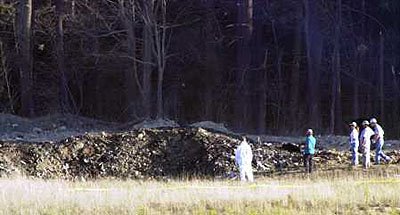 Here’s another. Where’s the plane? 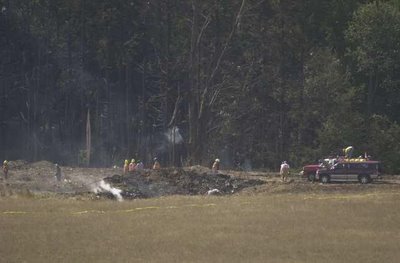 In case you think planes always just vaporize when they auger into the ground, think again. A loaded Boeing 757 weighs something like 100 tons. Much of that weight is indestructable steel. Every individual part is uniquely numbered. All flight-critical parts are assigned to the aircraft by its registration number. Not a single identifiable part was found at this scene, but the "black box" was.

The wreckage was hauled out in a single truck. Imagine 100 Toyota Tercel’s crushed down to fit into a single dump truck.

Here’s a picture of the wreckage of a similar plane that hit the ground going really fast: 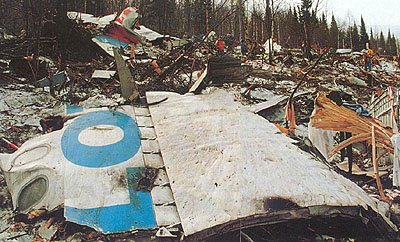 It’s a little morbid, but you can find photos of all kinds of plane wrecks here: Air Disasters. You will notice right away that the scenes of plane crashes feature many large and small pieces of airplanes.

Flight 93 is the only large commercial aircraft in history to vaporize upon impact with the earth. Oh, wait. There was one other. The one that crashed into the Pentagon that same day: American Airlines flight 77. Another 757. 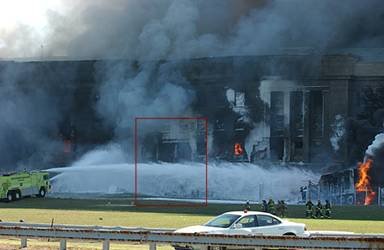 If you have any answers, I’d love to hear them.

Related links:
Address by Michael Rupert to the Commonwealth Club
The Rumor Mill
9-11 Journal
What really happened to 93?
From the Wilderness