Another Rule for Your Protection 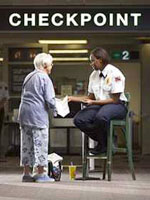 The solution is so elegant I’m surprised they didn’t come up with it sooner. The good shepherds at the Department of Homeland Security (DHS) have proposed a fix for the “no fly list” problem. The “no fly list” is the list DHS has compiled of travelers too risky to allow on airplanes without first harassing the life out of them. From all reports, it is heavily populated with peace activists, retired clergymen and Democratic political candidates. Senator Ted Kennedy briefly and famously showed up on it once, in what is arguably the no-fly-list’s only success at delaying further damage to the republic.

To further protect us from global terrorism DHS has proposed that instead of selecting a few thousand luckless travelers politically or randomly for routine humiliation and delay, they are going to put everyone on a no fly list. No danger of mistakes that way. All the terrorists will be included.

I’m referring to a new DHS rule scheduled for implementation in January 2007. Should the rule go into effect, all passengers leaving, entering or passing through the US will have to get DHS permission to do so.

Americans have always enjoyed the freedom to travel both inside and outside their own country. Though there is no law specifically protecting freedom of movement, it has been confirmed by our courts. The Supremes have held in a number of cases that the right to travel necessarily exists even if nowhere specified. In a 1958 case where a person had been denied a passport as a suspected communist, Justice William O. Douglas wrote for the Court:

The right to travel is a part of the ‘liberty’ of which the citizen cannot be deprived without due process of law under the Fifth Amendment. . . . Freedom of movement across frontiers in either direction, and inside frontiers as well, was a part of our heritage. Travel abroad, like travel within the country,… may be as close to the heart of the individual as the choice of what he eats, or wears, or reads. Freedom of movement is basic in our scheme of values.

If you hold a US passport today a court order is necessary to prevent you from using that document to leave or enter the homeland at will. Under the new rules, you could be denied entry or exit at the whim of a nameless administrator.

How will determination of your worthiness for entry or exit from the homeland be made? No one really knows. Decisions will be administrative, secret and will not give the slightest nod to due process. No pesky warrants. No time consuming court orders. No right of appeal of any kind. If you say “Mother, may I” and they say no, you could become a prisoner either inside or outside the homeland.

Of course the object of the exercise is to halt terrorism, but the mind reels at the possibilities for nabbing other undesirables as they try to cross the borders. Did you ignore that last jury summons? Have a pile of unpaid traffic tickets? Forget to file that tax form? Are you a little behind on your child support? Did you send a check to the wrong charity or political party? Are you a member of an organization with “terrorist” sympathies? Did you write a letter complaining about airport security?

The list of countries that have restricted their citizens’ right to leave when things got intolerable is long and disreputable. Among the most famous are Nazi Germany, Castro’s Cuba, East Germany and the Soviet Union. The list includes all the many socialist hell holes of Eastern Europe, Asia and Africa.

Generally travel restrictions are only part of more extensive government efforts to offer complete protection for its citizens. Historically those efforts have included internal passports, civilian disarmament, prisons bursting with political dissidents and mass graves. We can take comfort knowing the Department of Homeland Security is diligently laying the ground work for our complete protection.