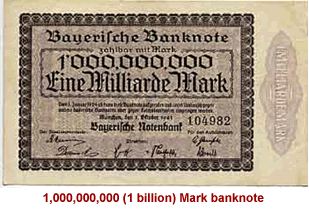 The Crawling Peg sounds like a rock group that isn’t too proud to beg for a gig or that gets so lubed up during one that dancing is impossible except on all fours. It’s nothing so cheerful, however.

Here in Costa Rica “the crawling peg” refers to the narrow spread of buy and sell prices for the local currency, the Colone, (rhymes with baloney when spoken by gringos). The central bankers here refer to it as a system of “controlled devaluation.” That’s because the value of the Colone only moves one way ─ down ─ against anything of fixed value. Particularly good measures of its value are those things that are hard to create more of, like land and gold.

The Crawling Peg is much in the news recently because the central bank has decided to allow the Colone to move within a wider range of prices against the dollar. This has created a lot of uncertainty about the future value (in dollars) of the local money. People living here are used to their currency deteriorating at an alarming but relatively predictable rate. The new rules make the immediate future value of the Colone more uncertain, but its ultimate value of zero, like that of the dollar, has never been in doubt.

Since Costa Rica’s most recent bankruptcy the mid 80’s the Colone has gone from a little under 10 to the dollar to a little over 500. And keep in mind that the dollar itself is hardly a fixed benchmark. In that same time the value of a dollar fell by about half, unless you want to buy a house in Florida, in which case it just plain crashed.

I’m a great admirer of the pious, official, bald-faced lie. That’s why I love listening to central bankers talk about what they are doing to control inflation. They talk about inflation as if it were an unstoppable natural phenomenon like earthquakes or malaria. In reality, inflation is no more natural than the local grocer short weighing your order. A central banker explaining inflation is like a kleptomaniac explaining why removing alarms and firing security guards will help him deal with his problem.

Central banks don’t fight inflation, they produce it. They print money for the government to cover the difference between tax collections and the cost of supporting an enormous political class of paper pushers, enforcers, and pensioners. Inflation is a mechanism for stealing money from people who work and giving it to people who vote.

So naturally, when the suits decide to change the way they calculate the take from their swindle, some of us become suspicious that the scheme might somehow cost us more than it does now. Clearly, the new plan has nothing to do with controlling inflation. Inflation could be stopped immediately by simply not printing up money for the government whenever it runs short.

Changing the exchange rules doesn’t effect inflation at all, but can capture temporary relative advantage against other currencies. In this country, as in most countries in the world, there is only one other currency worth talking about, the US dollar. By any measure, Uncle Sam has been printing up new dollars at a breathtaking pace. Maintaining the global empire isn’t cheap and American taxpayers are in no position to pay cash.

Borrowing from our enemies and the Fed is the only way to fight terror and spread freedom. Borrowing dollars into existence works the same for the US as it does for banana republics everywhere. Each new dollar means every old one is worth less. Perhaps the suits here in Costa Rica have seen an opportunity to take advantage of the deteriorating condition of the dollar. Early results, to the great surprise of the clueless, show the Colone strengthening against the dollar.

Jiggering the exchange rules won’t do more than temporarily affect the relative winners and losers in the game. It certainly won’t do anything to “control inflation” or strengthen or weaken the local tokens except as they are valued against other paper tokens.

In a world where there is only unbacked paper money, we can picture national currencies like skydivers without parachutes vying for position as they fall through the air, each hoping to be the last to hit the ground.

As Voltaire said, “All paper money eventually returns to its intrinsic value.” Monkeying with the exchange rules is just twisting and turning as you fall through the air. It may delay the inevitable, but it won’t repeal the law of gravity or make a golden parachute less valuable.