Michelle Obama did NOT grow up poor, NOR was she underprivileged 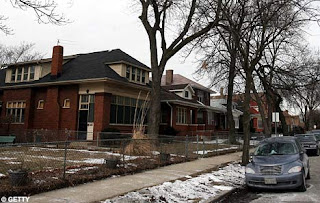 Michelle Obama made national headline news this week by going to an all girl’s school in London and talking about how she grew up in poverty and rose to become a lawyer all from hard work. I had heard this was hog-wash before so I decided to look her up. It wasn’t too hard. This is what I found from Wikipedia.

Michelle grew up in the South Shore outside of Chicago. One of 77 well-defined neighborhoods complete with a country club which began as a lakefront retreat for the wealthiest of Chicago’s movers and shakers. A far cry from a one-room apartment that she claims. Her father made $45,000 a year plus what he made from his community political position. This allowed Michelle’s mom to stay at home with Michelle and her brother until they went to high school. Michelle’s parents sent her to the same Magnet High School as Jesse Jackson’s daughter. When she graduated from high school, she went onto Princeton University and Harvard Law.

At Princeton, she was an African American activist writing papers such as “Princeton- Educated Blacks and the Black Community.” Michelle met Barack while at their law firm where Michelle has repeatedly said that they were the only blacks at the firm. Also, not true; there were several.