Paul said an official endorsement of Massie would come soon. “It’s not that I dislike the other candidates. And I probably wouldn’t have gotten involved, but other people got involved endorsing one of the other candidates and so I felt, to level the playing field, I’m going to get involved,” he said.

It’s also worth noting that Rand seems to be taking the attitude of “in for a penny, in for a pound”.  He has made a TV ad and is recording a robocall.

It’s good to have friends.

There was a lot of speculation in the TEA/liberty camps that Bunning and Davis endorsing Alecia Webb-Edgington might persuade Rand to endorse Thomas, and there was a bit of disappointment when that didn’t happen immediately, but good things come to those who wait, and the timing of this endorsement is very good.  It could have been buried a bit in the news of the other endorsements.  Now, it should enjoy a full news cycle as its own unique story.

As if there was any doubt, now it’s obvious to everyone that this race is…

TEA Party for the win!

There are a lot of Kentucky voters who don’t claim TEA Party affiliation because they didn’t attend any rallies, but really, other than Warren Buffett, who isn’t Taxed Enough Already?  A significant percentage of Kentuckians are closet TEA partiers, and this endorsement will convey a strong message to them… both in the primary, and in the general election as the conservative Democrats and independents flock to Thomas Massie.  He’ll be unbeatable in November.

It also doesn’t hurt that the Liberty For All Super PAC is spending well over half a million dollars in advertising (30 second video) to promote Thomas.  That’s more than the reported campaign donations from every candidate in this race. 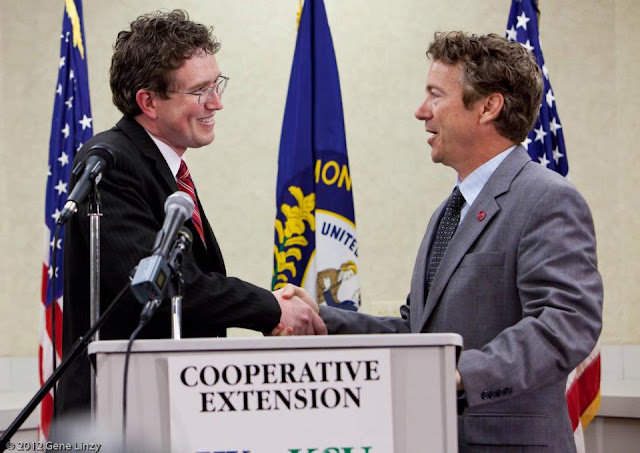 Political Fashion News:  If this liberty fashion trend continues, I may need to get a perm.  I’m not blessed with naturally curly liberty locks.